Greenest of Green Home Is A First In Miami Beach 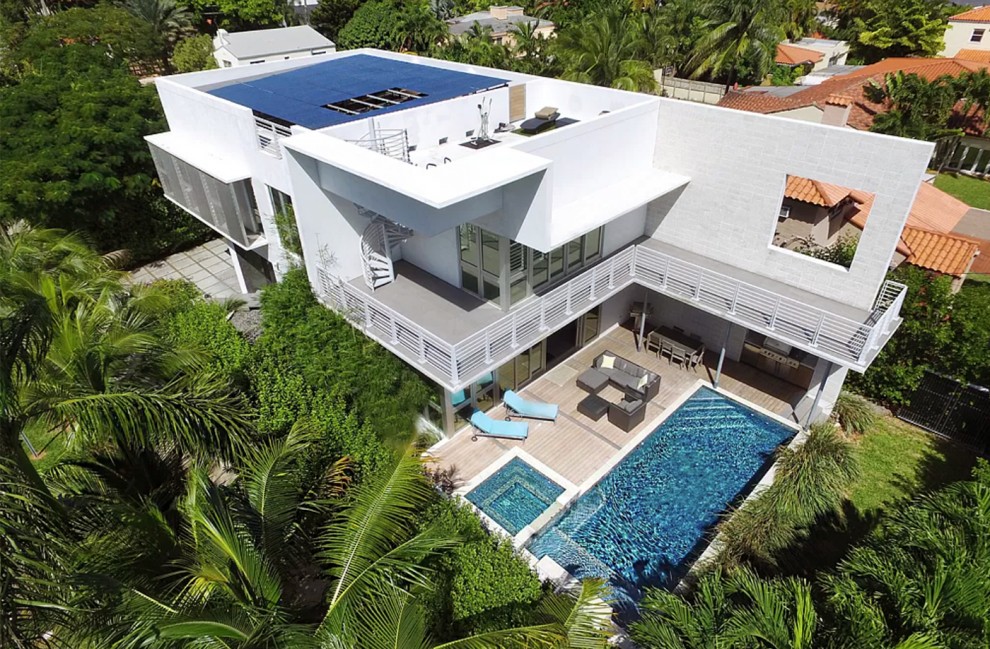 The following segment is from an article that was written by Adam Kuperstein and published by NBC 6 South Florida on November 16, 2011:

"Imagine having a four-bedroom house with a pool and not paying a dime on your electric bill. That's about to become a reality at the first "Platnum" green home in Miami Beach.

"Platinum" is the highest energy efficiency rating you can get for a house.

Robert Arkin is the general contractor of the ultra-modern home that he calls "sustainable luxury." It's a 3,200 square foot house located at 2020 Alton Road and it's so green, they don't plan to pay an electric bill.

"We're trying to obtain net-zero," Arkin said, "which means at the end of the day we're not going to be paying for electricity."

On the roof, they'll have solar panels and collapsible wind turbines. The pool in front of the house will contain no chemicals or chlorine. It will electronically clean itself.

Ari Sklar is the architect of the house that has so many bells and whistles, it even comes with an iPad that controls everything.

The City of Miami Beach is excited about this pioneering project. It fits right in line with their desire to become a greener city.

The full article can be found here.